Remember the movie Rocky. I love it because the underdog wins, and Rocky’s accent cracks me up! One of my very favorite scenes in the movie is when Rocky is running through the streets of Philadelphia. Can you hear the music…”Gonna fly now…Gonna fly now…”? The music grows louder as he runs up the 68- steps of the Philadelphia Museum of Art and strikes the infamous triumph pose. And everyone smiles. Maybe because we can relate.
I recently traveled to Philadelphia with my sister, KeLe, and I wasn’t about to miss the opportunity to capture my own triumph run in true Rocky style. Given that my body is not in near the physical condition it would take to run up those steps, I did my triumph run coming down. Little did I know that KeLe was capturing it on camera.
Let me just say this, as ridiculous as I now know I looked, it was absolutely worth it!!
At this point, you’ve probably just had a good belly laugh at my expense, and that’s exactly what I’d want to happen, but I also have a point to make.
After I returned home from Philly, I couldn’t wait to rent the Rocky movie and watch it again. One scene between Rocky and his girlfriend, Adrian, got my attention. I had to watch it several times. Rocky is emphatically telling Adrian that he can’t do it. He can’t beat Apollo Creed. He tells her, “I mean, who am I kiddin’? I ain’t even in this guy’s league.” Boy, I’ve been there before.
But Rocky doesn’t stop there. He goes on to tell Adrian, “‘Cause I was thinkin’, it really don’t matter if I lose this fight. It really don’t matter if this guy opens my head, either. ‘Cause all I wanna do is go the distance.”
That’s it. That’s it!!
God did not promise us victory over every trial in life. If he did, we would quickly delude ourselves into thinking we didn’t need him – that we alone we’re powerful enough. Some battles we will win. Some battles we will lose. But if we go the distance – think Hebrews 12:1-2 with me, “…and let us run with perseverance the race marked out for us. Let us fix our eyes on Jesus, the author and perfecter of our faith” then we are assured of the ultimate victory through Christ.
Even as you deal with yesterday’s heartaches, today’s battles and tomorrow’s worries, let Paul’s words in Romans 8:37-38 NLT put a smile on your face, a burst of energy in your steps, and a confidence in the way you run the race. Let’s go the distance! Our eternal reward in Heaven is so worth it!!
“No, despite all these things, overwhelming victory is ours through Christ, who loved us. And I am convinced that nothing can ever separate us from God’s love. Neither death nor life, neither angels nor demons, neither our fears for today nor our worries about tomorrow – not even the powers of hell can separate us from God’s love. No power in the sky above or in the earth below – indeed, nothing in all creation will ever be able to separate us from the love of God that is revealed in Christ Jesus our Lord.” 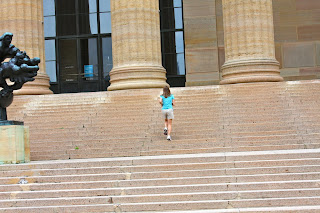 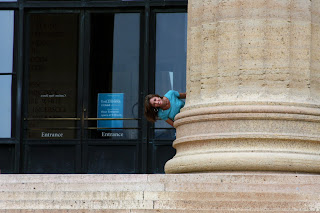 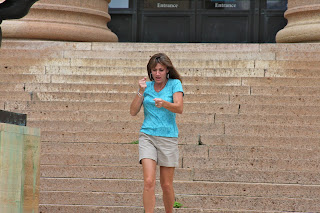 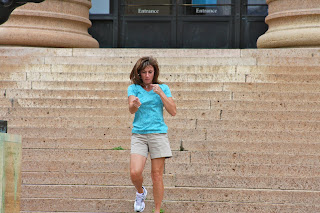 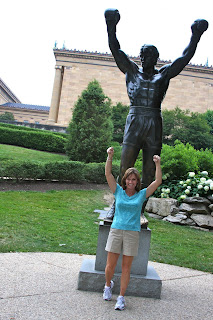