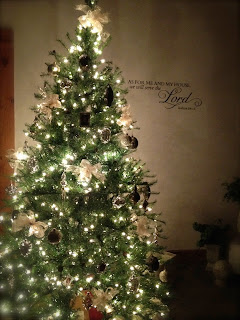 Two battleships assigned to the training squadron had been at sea on maneuvers in heavy weather for several days. I was serving on the lead battleship and was on watch on the bridge as night fell. The visibility was poor with patchy fog, so the captain remained on the bridge keeping an eye on all activities.

Shortly after dark, the lookout on the wing of the bridge reported, “Light, bearing on the starboard bow.”
“Is it steady or moving astern?” the captain called out.
Lookout replied, “Steady, captain,” which meant we were on a dangerous collision course with that ship.
The captain then called to the signalman, “Signal that ship: We are on a collision course, advise you change course 20 degrees.”
Back came a signal, “Advisable for you to change course 20 degrees.”
The captain said, “Send, I’m a captain, change course 20 degrees.”
“I’m a seaman second class,” came the reply. “You had better change course 20 degrees.”
By that time the captain was furious. He spat out, “Send, I’m a battleship. Change course 20 degrees.”
Back came the flashing light, “I’m a lighthouse.”
(From Stephen Covey’s book, The 7 Habits of Highly Effective People)
Isn’t it interesting how our own limited perspective often interferes with our ability to see a reality – a reality that may be as critical for us to understand in our daily lives as it was for the captain in the fog? Often times, we get so caught up in our own wants, needs, and desires, that we fail to examine those in light of what God intends for us. Just like the captain, we first politely ignore, then we more adamantly insist, and finally we angrily demand that God respond to us. Of course, God does respond to us. God responds just like the lighthouse, firmly, yet patiently illuminating His path for us.
At Christmas time, we are surrounded by light – strings of lights outlining the roofs on houses, luminarias lining sidewalks and driveways, and tiny bulbs twinkling from our Christmas trees. With all the artificial illumination of the Christmas season, it is sometimes easy to overlook the Light among lights – the steady beacon that God shines for each of us, not only at Christmas, but also throughout the entire year.
. . . lo, I am with you always . . . Matthew 28:20

1 thought on “the Light among lights”