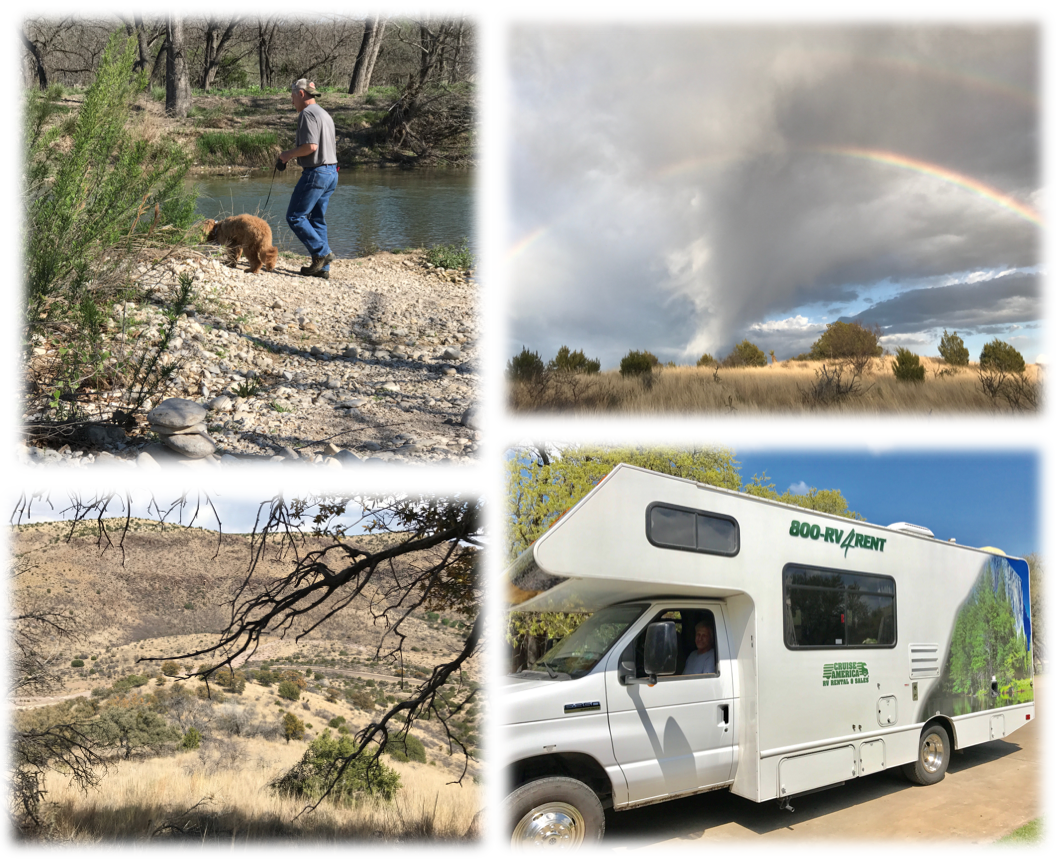 Prior to hitting the road last week, Brad told everyone we were joining the ranks of the aged because we rented an RV for vacation. According to him, “Only old people have RVs.” Over 1200 miles later, he thinks different. If you ask him what he thinks about it now, he likely tell you if was one of the most fun trips we’ve had. I couldn’t agree more.

It wasn’t the sunny days and crisp cool nights, even if it was perfect hiking weather.
It wasn’t the Davis Mountains, although their beauty is breathtaking.
It wasn’t the RV, but it sure made for travel easy.
And as adorable and fun as she is, it wasn’t even having Lula with us.

It’s all about slowing your scroll.

You see, cell phone service and Internet availability were almost non-existent in the mountains. That meant no phone calls, email, text messages, or social media.

… we had time to talk to each other without interruptions and distractions
… we didn’t reach for our phones all throughout the day
… we could soak in the majesty of God’s creation
… we could be still and know.

And it was good. Really good.

I think we could all be more intentional about slowing our scroll, and the great news is that no RV is required. Just purposeful choices. Choices that say…

… I want the ones I love to know I’m really listening and truly care.
… I want the ones with me to know they are more important than what’s on my phone.
… I want my time to be spent on conversations that matter and have eternal value.
… I want busy-ness, and the doubt, fear, anxiety, frustration, etc., that comes with it  to subside.
… I don’t want to miss any glimpse of who my God is and how He’s working around me.

And most importantly… we can know Him and make Him known.